For your birthday, I had a frappuccino, gave some Kiva loans, and found some random interesting stuff on the interwebz....

This set of maps was going around last week, and it really is fascinating. So many different ways to see the world!

The Beloit Mindset List, which purports to tell us old people what kinds of things shaped the worldview of those young whippersnappers who are entering college right now, is out. While this year's list lacks the depth of some previous years, it's still a mildly interesting reminder of how the world changes.

This photo essay on why Trader Joe's is the best grocery store in the entire world is a lovely counterpoint to why Wegman's is the best. Since I don't have Wegman's, I can't comment on that...and therefore Trader Joe's is clearly the winner. I heart TJ's. And for all those people who are all "it's not really better for you! they're hiding stuff!"--it's called "private labeling." They take the same product you could buy at the other stores, private label it, and voila! cheaper because you're not paying for the name brand. You still have to read labels and, if you want organic, find something that says it's organic. You can't just assume that because it's Trader Joe's brand, it's better/healthier/organicer/whatever-er. It's the same stuff with a different label. It's still the best store ever.

There was some discussion around the web-o-sphere this week about the Bechdel Test--a simple test to find out if the women in a film are whole characters or only revolve around men. The test notoriously doesn't declare whether a film is actually good, whether it's feminist or not, whether it portrays women in healthy ways or not--only whether every moment revolves around men. It's a starting point. A second test was suggested to try to get people to notice how often people (particularly women) of color are one-dimensional characters whose lives artificially revolve around white people. Honestly, anything that can get people realizing just how much cultural privilege floats around unconsciously is a good thing. (and if we could somehow manage to get producers/studios/directors to actually make movies that challenged it, even better...)

I'm a word-dork. Resistentialism is a real problem at my house, especially with doors. And a fear of Jirbling is why I always wanted my colleague to pour the cup at communion…I’m more a bread-breaker. ;-)

Bookmark this page because it has videos of some of the most beautifully breathtaking moments of classical music ever. Seriously. When you need to calm down, be inspired, have a pick-me-up, take a mental health break, or whatever, just click play on one of these.

Last but not least, it's almost here!! SO CLOSE! Just a few weeks from now, you will be able to hold your very own copy of my book in your hands! You know you want to pre-order it now. 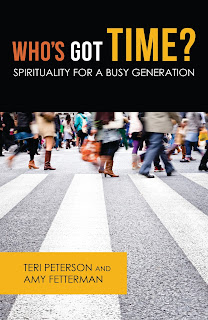