Last fall, we had a day we called "worship through service" (instead of a "worship service"). During the regular church time, we sent the whole congregation out to different places in the community to do some work that couldn't be done during normal business hours. We cleaned up landscaping at the school next door, cleaned the food pantry, painted the women's shelter thrift store, packed emergency kits, prepared the homeless shelter for the coming season. It was an amazing day.

At the end of the day, I brought home my painting supplies and put them in a place where I knew I'd have to deal with them soon. They were in my way, and I couldn't ignore them, but I was so tired I just couldn't deal with sorting and putting them away right then. 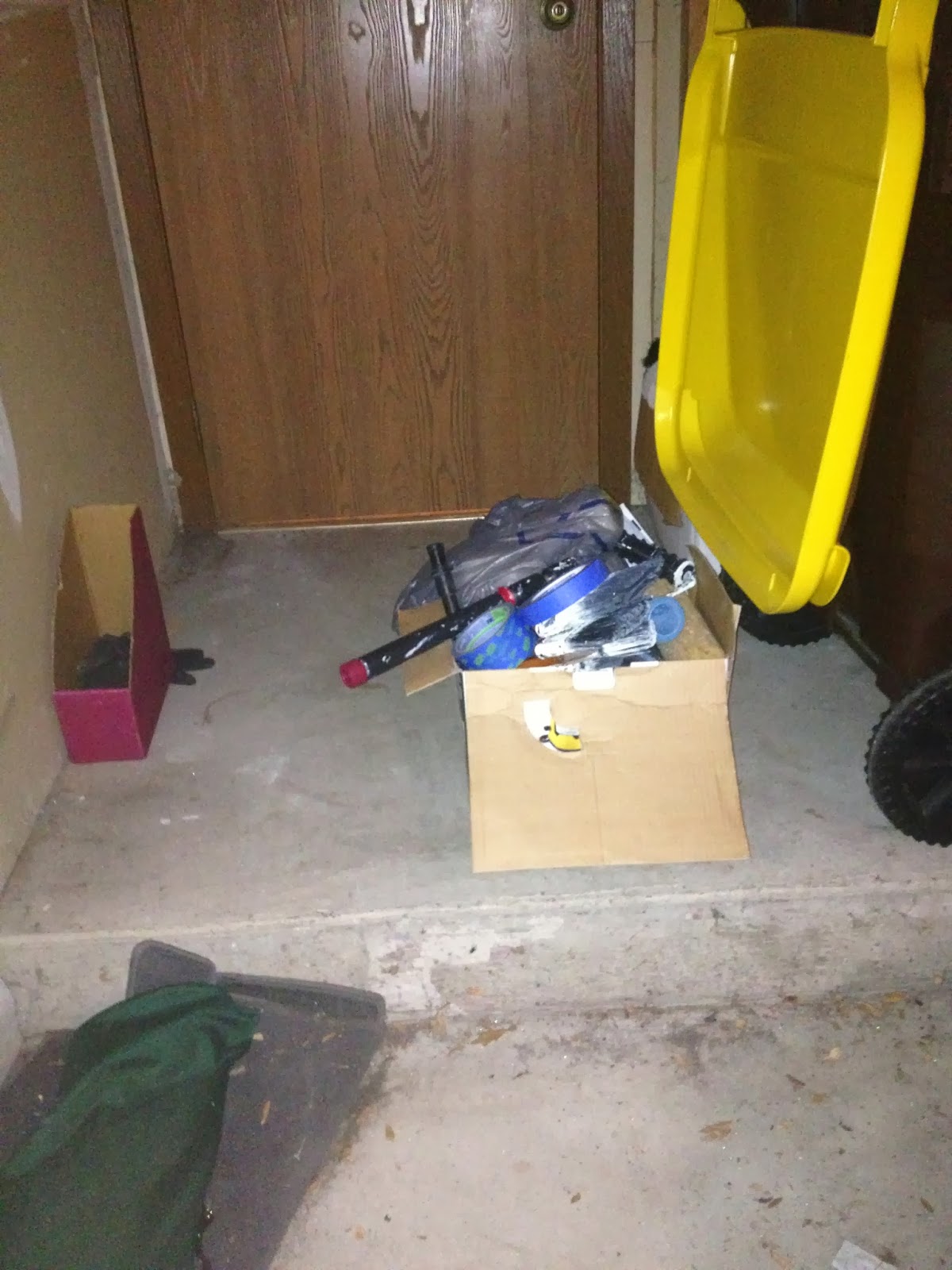 So I left them in the doorway, where I'd be forced to step over/around them every time I went in or out of the garage, so I'd remember to put the stuff away soon.

You know where this is going already.

The box sat there for a week...then two. Eventually I started thinking "this is going to make a great blog post one day" so I snapped a photo, then moved the box out of the way. It's still right where I left it down there, but now behind that recycling bin you can see in the pic, so at least I can walk through the door unimpeded.

The box was annoying, it was in my way. It was a constant reminder that I wasn't doing everything I thought I could do--whenever I'd need to pass by, my hands would be full or I'd be in a hurry, and I'd think "I'll deal with that later" as I stepped over and carefully nudged the door open.

At some point, the stuff needs to be dealt with. If we leave it where it is, one day we'll trip. But just moving it to the side and ignoring its existence isn't a long-term solution either.

Pretty sure that's a life lesson, right there. A Lent lesson, even.

Mostly, right now, I'm wondering what's in the box currently sitting (metaphorically) in my way, waiting for me to deal with it?

What's in the box metaphorically blocking your doorway?
Posted by Teri at 5:30 AM

Labels: lent, spirituality, the stuff of life, thinking out loud