It's so cold that I don't have much to say…I just huddle under blankets and try not to think about how there are at least two more months of winter to go. Books, the interwebz, and Downton Abbey are my only consolation…when I'm not at work, or driving to or from work, of course. (In the office I turn the heat up, jog in place at my standing desk, and try to ignore the mess I've made all over the other flat surfaces of the office over the past several months.)

The Olympics have begun on the other side of the globe, but here in my house (where we won't be watching, because we don't have TV and NBC still doesn't have them streaming, because they obviously hate me) the kitties still think they're in training mode. There's lots of talking (in the form of meows, purrs, yowls, and a sound I can only describe as "thrumming"). There's racing around the house at top speed, sometimes several laps--occasionally one at a time, but more often in a chase. There's jumping. There's hiding. There are combination events.

But at the end of the day, they don't want a medal, they just want… 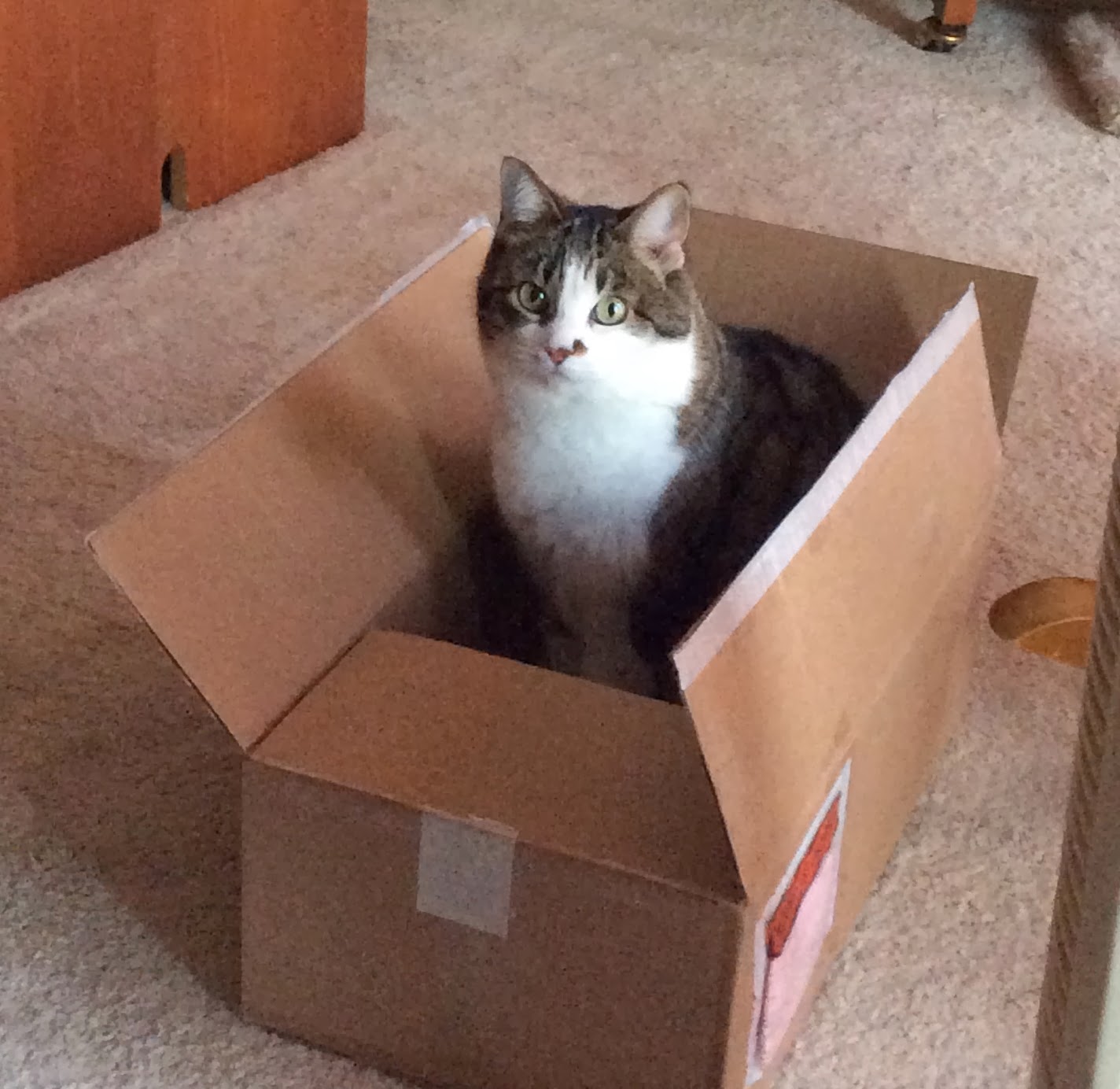 So cozy, so perfect. Works every time.