Today we'll make a turn to the latter part of my life so far, with someone well-known and influential in the theological world with whom I share a birthday...

Gerhard von Rad (1901) was a German Lutheran pastor (and hey, I'm part German too! though not Lutheran...) who, after having been through two world wars, began the sort of Old-Testament Renaissance (for lack of a better accessible term). The OT was sort of out of favor, and Gerhard's study and writing began to bring it back to us as an important part of our theological tradition. He used those critical methods we take for granted in a way that opened up the possibilities in the Old Testament as a key to our Christian theology, and is rightfully known as one of the great Old Testament scholars...ever. And his understanding of the Bible has influenced my own--a fellow scholar said about him: "the Bible for von Rad, in the final analysis, is neither history nor literature, but rather the confessions of a community." Yes Yes Yes.

I love love love the OT, and often prefer to preach on it than on the other texts in the lectionary--in part because the narrative and/or poetry is generally so engaging, and in part because I hope to continue in Gerhard's tradition of bringing the OT into our Christian consciousness in a way that goes beyond "foretelling Jesus" and lets the beauty of the oral tradition speak for itself into our day. For all the work he did, there is still an underlying unease and unfamiliarity with the Old Testament among many church goers...I'd like to think I stand in Gerhard's footsteps as I try to change that, one sermon at a time. 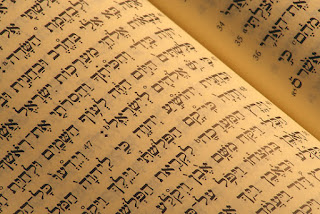 Happy almost-birthday, Gerhard. I'm glad to share a birthday with you!

Labels: birthday buddies, it's all about me, the stuff of life