I arrived a day early in Wittenberg for the reformation pilgrimage, to reacquaint myself with the town, to be in-country while finalizing some things, and to hopefully be less jet-lagged when it came time to be a leader.

I did reacquaint myself with the lovely Wittenberg. I even discovered it has the smallest zoo ever...which was sad and disturbing, though when I finally went in I found it was all small animals, so at least they did have *some* room to run around. And run they did--I'm not sure I've seen so many active animals at a zoo in a long time. (The biggest things there were a peacock and some small primates.) 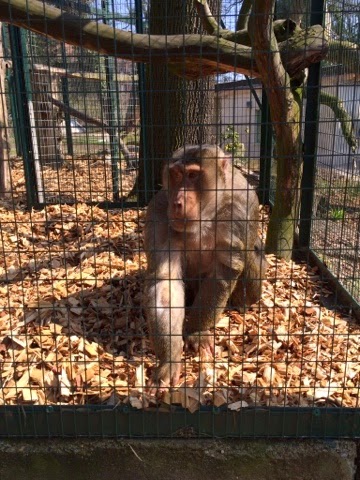 While traipsing about I also discovered that the castle church is closed...because of illness, the sign says. I mean, I knew they were still doing restoration in preparation for 2017, and that we wouldn't be able to see as much as we might hope, but it is a bummer not to get to go in at all. Luckily The Door is still visible. :-)

As for jet lag...well, maybe I'll be over it by the end of the trip. I went to bed at about 10 the first night, and then was awake from 2:30-4:30, then up at 8. But then last night I couldn't sleep (wasn't even a little tired!) until about 2. That makes a 7am alarm a little hard to take. Thank goodness for European coffee...

And those last details? Turns out there are a few more than I anticipated. My new credit card has a chip--yay!-- but it also turns out that American companies are using chip-and-signature instead of chip-and-pin like the rest of the world, so my card is difficult to use. To avoid remembering a pin, we are getting the illusion of more security without the actual more security, and card companies are saving money on the conversion by not going all the way. Thanks America. ;-) trying to get that worked out involves multiple people on different continents, in 3 time zones 7 hours apart. Not awesome. Bright side: I got a seriously good deal set up to use my phone from here in the process.

Today we begin in earnest--we'll be talking about the atmosphere that made the world ready for reformation, visiting the homes of Luther and Melanchthon and Lucas Cranach, seeing amazing art in beautiful churches, and eating more delicious food. (Last night I had käsespaetzle, which is essentially German grown up Mac and cheese. Mmmmm.....you know it's grown up because there were roasted tomatoes and arugula on it, haha)

Hopefully the group will be tolerant of my quirks (like talking so much I missed our turn last night and got a bit turned around in the dark, in spite of my orientation!) and we'll all learn and have fun along the way.

Off to breakfast so we can Luther-it-up! 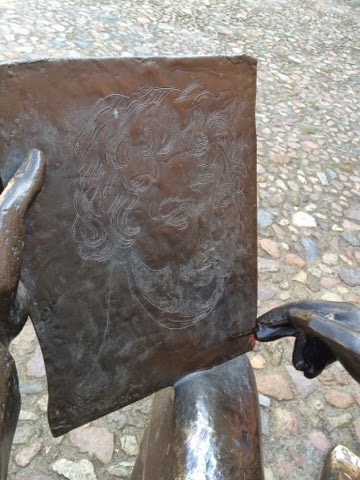