In the 21st of October, 1512, young monk Martin Luther joined the theological faculty of the University of Wittenberg!

It was to be a bit of a tumultuous tenure, as he began teaching through the Bible, and discovering that some of what he had been taught, and some of what was being peddled (literally) by the church of his day was not exactly faithful to the biblical or theological tradition.

Luther taught theology...it was when he was teaching the book of Romans a few years later that he had a significant breakthrough that eventually led him to the actions that we now commemorate as the beginning of the Protestant reformation. (Those actions took place on the 31st of October 1517...just five years and ten days after he took up the post in the theology faculty....and then a mere 489 years after that, I was ordained! Yay reformation!)

I have visited Wittenberg a few times. Aside from the kartoffelhaus—a restaurant where every single one of the hundred + menu items features potatoes!!—the main attractions of the town are the two churches and the Luther house. It’s a fascinating place to visit and I highly recommend it. Not least because Luther moved there on my birthday! Or what would become my birthday, anyway! 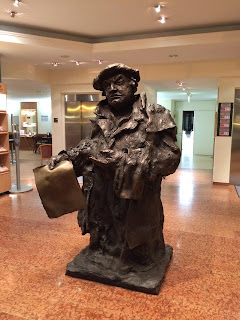 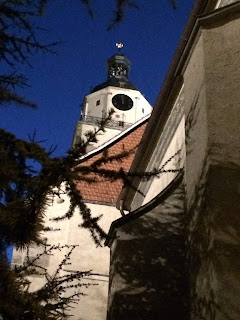 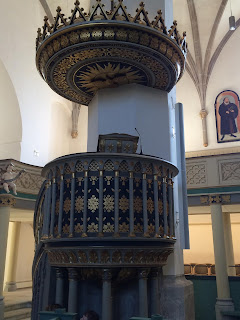 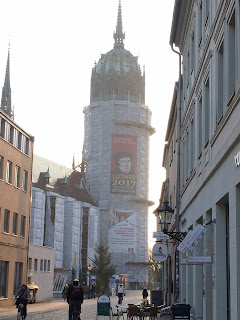 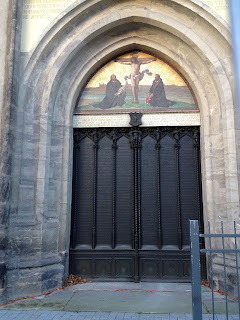 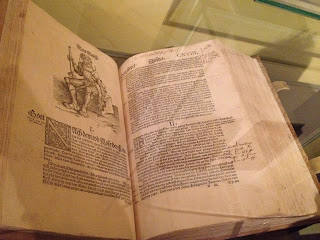 (This is the last of this year’s addition to the birthday buddies series!)
Posted by Teri at 11:22 PM

Labels: birthday buddies, it's all about me, travel