I confess that after nearly a week of visiting big Gothic and Romanesque cathedrals, I was ready for some Reformation. I love the ornate building filled with artwork as much as the next person, really, but I was definitely ready. I hadn’t realized how out of practice I am at “reading” stained glass windows until I started trying to decipher some without the aid of a guide or info card. Honestly, I have no idea how people “learned” anything from the windows that supposedly tell the story. I already know most of the stories and I couldn’t figure them out.

So Geneva came as a bit of a relief. The cathedral was a different style (not because of the reformation, but just because), and the interior was, while still filled with beauty, much less decorative. The side chapel was colorful but not busy. And the Auditoire, where Calvin gave lectures and Knox was the preacher, was nearly as bare-bones as the little church in which I worshipped in Egypt. It’s a fairly stark reminder of why our Presbyterian churches so often look the way they do—because we’re to be focusing on the word proclaimed. I get that we need to be inclusive of different learning styles and different forms of worship, and I love artwork and creativity in our worship spaces…and it turns out that I love the simplicity that makes all that creativity possible too. Anyway, on my Geneva whirlwind tour I:
*visited the archaeological site beneath the Cathedral (always cool…but probably should have rented the audio guide! next time…),
*went to the Reformation Museum (full of cool stuff like, for instance, a real live indulgence!!! and also writings, pictures, music, artifacts, etc of the 16th and 17th century reformers—and then downstairs they continue to trace the impact the 16th century Reformation had throughout the world. My only complaint? they lump Pat Robertson with Paul Tillich, and they label the Crystal Cathedral as exemplary of the American Evangelical tradition….really, people? Okay, two complaints: also, when dealing with the ordination of women, they focus solely on Anglican churches, which aren’t even Reformed, so why not mention the rest of us?? perhaps I was more sensitive to this than I might have been otherwise, since I was visiting on my own ordination anniversary…),
*saw the wall-o-Reformers,
*climbed the towers of the Cathedral,
*wandered about the lakefront,
*and ate fondue. mmmm, fondue.

I also accidentally walked by the UN. You know, as you do. I’m looking forward to taking the group next summer on the tour, because as I’m sure everyone is aware: the building now known as the Palace of Nations was originally built to house the League of Nations after WWI. The League of Nations that was conceived of and organized by none other than President Woodrow Wilson, son of a Presbyterian minister, born in a manse in Staunton Virginia. Yes, really. Basically, a Presbyterian began what became the UN. See? Reformation.

I also loved how very, well, civilized Geneva felt. It was clean, well lit, had tons of public fountains (like the kind you can get a drink from) where people washed their hands before/after eating snacks from the markets, gardens to enjoy, etc. I walked “home” to my hotel from the restaurant, about half an hour, at 10pm and never once felt the least bit unsafe.

I did not love how expensive Geneva was. The guidebook says it may be the most expensive city in Europe—I can see how that might be true. Wow. Also, Swiss francs? Really? no Euro for you, Switzerland? seriously? that was both confusing and bizarre…and has led to me having random leftover money to pack away for next year, assuming I remember about it.

I went to church on Sunday at the Church of Scotland congregation that meets in Calvin’s Auditoire. For real. A real live CoS minister preaches today where John Knox preached while he was learning the Reformed way from Calvin himself, from where Calvin lectured daily straight from the Greek and Hebrew texts. No pressure or anything. The service was fairly standard (as in, I could follow along with no problem, because we’re all Presbyterians here, LOL), the preacher was lovely, the music was good, and also these may have been seriously the most friendly church people I have ever met. I was invited to their monthly lunch upstairs, which I joined in spite of not having a ton of time, people asked genuinely interested questions, they led me where I needed to go, offered me all kinds of information, and both listened intently and laughed easily. Loved them. Every church says they’re friendly…this is the first church I’ve ever been in, as visitor or pastor or intern or regular worshipper, that lived up to every letter of “Friendly.” Wow. I feel like we could all relive the Reformation by coming to Geneva to learn from them, the way people flocked here to learn from Calvin… 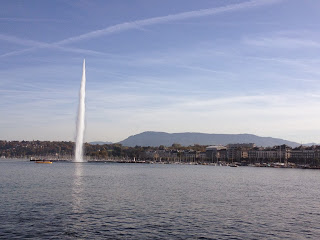 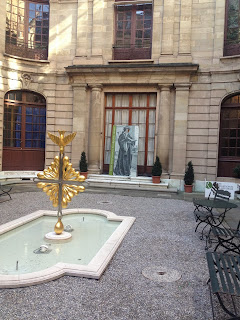 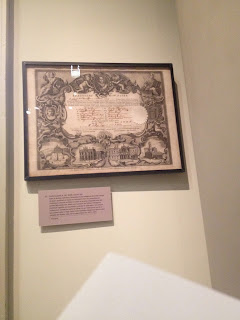 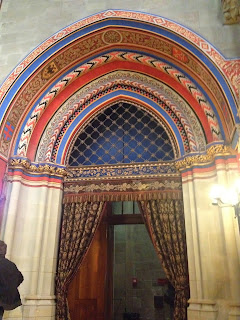 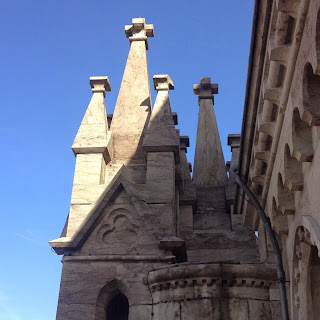 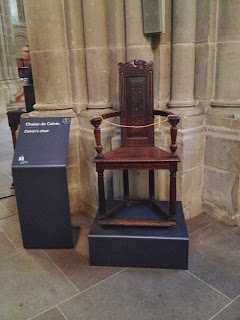 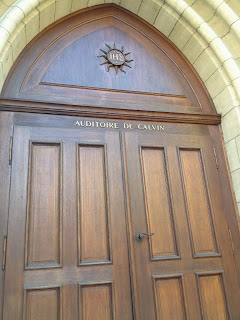 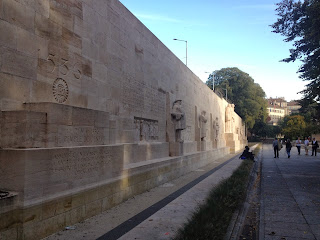 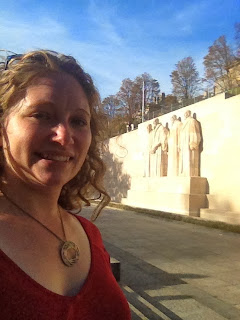 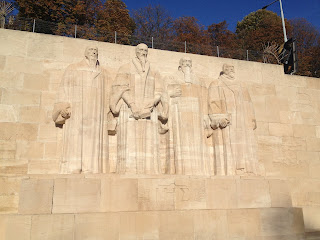 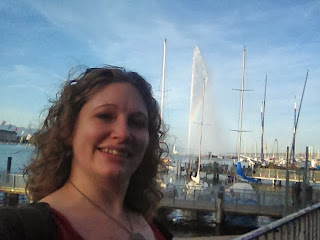 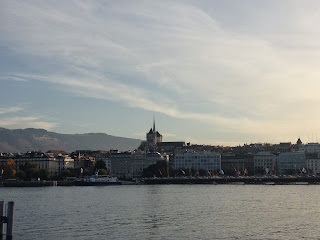 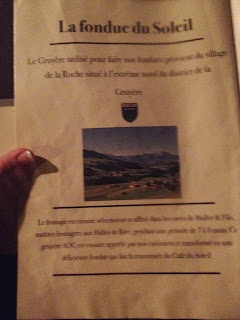 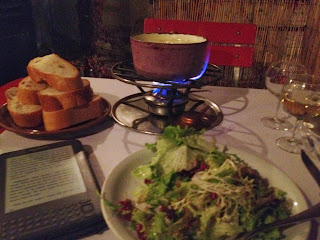 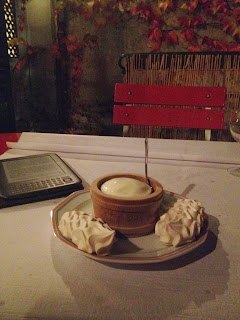