The Curious Incident of the Dog in the Night-Time
Posted by Teri at 11:18 PM No comments:

it has been cut. By a lot. You can see for yourself, kind of, though it's hard to take a picture of one's hair. Just saying. Anyway, about 8 inches of hair left me on Friday afternoon. It's a little weird feeling but is also GREAT!!
Posted by Teri at 2:25 PM No comments: 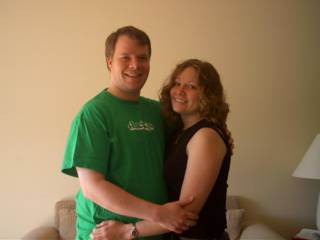 Jason and me on our one-year anniversary (of dating, people!). 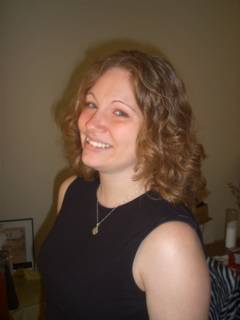 how long my hair is today, after it was cut on Friday. It's about 8-9 inches shorter. 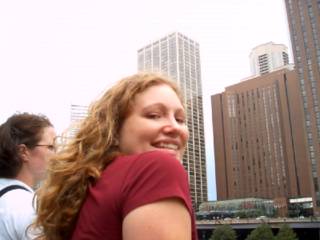 Here's how long my hair was in August. (me, with Noell, on the Chicago River)

it rained SO much yesterday. AND I left my sunroof open when I went inside because, of course, it was sunny out when I went in. When I came out it was pouring rain, thundering and lightninging, and my car was very wet. I got a very wet behind from sitting in my driver's seat. It rained so hard I could barely see. Then it hailed so hard that I thought it would break windows in my car, or maybe my blasted sunroof that leaks anyway, thus making me NOT get any drier while I was in the car with the heat on in an attempt to dry the passenger seat before Jason got in it. Luckily, my car is not damaged. it was just scary. My windshield wipers could not even come close to moving fast enough to get the water off.
when we came back from dinner (long after the rain incident...it was no longer raining, in fact I could see the moon and the occasional star in spite of the light pollution) i stopped inside the gate to put my window up and to put my gatecard away (and, ok, to try to stop someone from sneaking in, but I always stop there to put my window up) and the person trying to sneak in behind me got cut off/hit by the gate arm. then he got angry and when he finally did sneak in he drove around and gave me a dirty look. it wasn't very nice. if he lives there he should have a card. since he was originally in line for the call box, i assume he does not live there. there's reason it's a gated community and a reason the arm comes down between each car. just saying.

today it is nice outside. however, i am going to go watch buffy (for church!). yay!
Posted by Teri at 8:31 PM No comments:

I like them. However, there's so much homework to do that sometimes they don't even feel like weekends. Where's the fun in that? I can't wait until the end of school, when I have to get a real job--oh wait, yes I can. I just wish I could be done with school but not have a real job for a little while. I would give anything to be bored for a week. Just a week. That's all I'm asking for. Not like "desperate housewives" bored, but you know...
Posted by Teri at 12:16 AM No comments:

i got up early this morning and came to school through a "dense fog warning" or some such thing. fifteen minutes after class was supposed to start we got word that the professor is sick and there's no class today. sad. i wish i had slept in.

in other news, things are moving along nicely toward graduation, Jason and I finished our YAV applications and mailed them today, and i think i finally have my schedule under control.

however, speaking of schedule, i'm going to do some work now so i don't have to do it later. then maybe we can watch our norwegian movie tonight instead of me doing homework. yay!
Posted by Teri at 2:10 PM No comments:

another semester, another homework assignment...

on the plus side, i'm going home earlier than I thought today due to the moving of a meeting. woohoo.

I am already tired, and it's only the second week of class. However, the classes don't look too bad right now, at least. Ask me in a month.

Happy Monday! Lots of fun ahead with the homework and the church, and if I get lucky there might even be Buffy in my future. yay!
Posted by Teri at 10:35 PM No comments: