I'm slowly getting to know people and programs in my new parish, and today I thought I'd try to get to know the actual place. The Church of Scotland operates on a geographic/territorial parish system, so there's a defined area that is "ours" (so to speak). So this afternoon, while the sun was shining, I set out with a map of the parish to go for a walk. I walked around the boundaries of the parish, and also many of the interior streets. Here's what I noticed:

* a friend refers to the area as a "leafy suburb" and someone else referred to it today as "old money".... it definitely does have that feel about it...lots of trees, and big houses--mansions, really--(I suspect mostly subdivided into flats), and high walls separating the homes/estates from the streets. And yet there's a surprising number of apartment blocks that could clearly use some work, and also a bunch of small homes or row houses that are clearly subdivided into a lot of small flats. So there may very well be old money, but also struggle, at least with the maintenance of physical buildings. 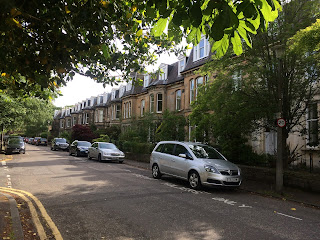 * I was briefly lost on the campus of a hospital, which was more like a large estate than any hospital I've ever been in.

* Many of the houses have lovely details, like stamped stone or decorate ironworks holding up the gutters. 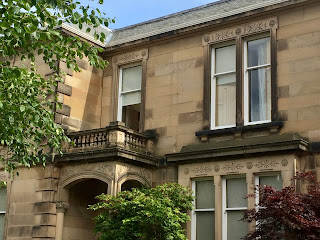 * At one point I turned a corner and there was a clear view of the castle (which is not in the parish, haha). 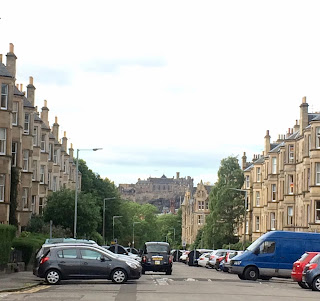 * There's a grocery store where almost everything is organic and where the cost of your plastic bag is donated to Save The Children. It's tucked in a neighbourhood...which reminded me that, unlike in the US, mixed-use space is common, and I love it. I love that you can, theoretically anyway, live and work and shop in the same three-block radius. It's so convenient to be able to pop to the grocery store in a 3-minute walk. Or to find an Indian restaurant in the midst of the houses on the block.


* There is a cemetery that has some notable people buried in it....including this gem of church history: 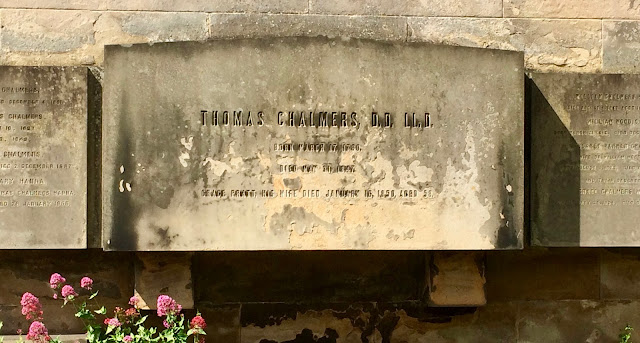 Most of the graves have a surprising amount of information on them, including people's professions, hometowns, favourite things, family members, and who knows what else. But not Chalmers, which I think is fascinating.

* I was briefly lost, though not for long (thwarted by train tracks), and I also walked to the bus and then home from the ice cream store where I had the bus drop me off, which accounts for maybe 3,000 steps and 30 or so minutes....the rest of these are from my parish exploration today: 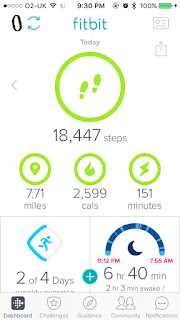 * There is a general election tomorrow and I saw a SHOCKINGLY small number of placards for candidates or parties. Compared to elections in the US, the campaigning seems very low-key. I'm not being bombarded with internet ads, there are no signs out in neighbourhoods, and only the occasional window will contain a sign with a name or a party symbol. Honestly, it would be easy to forget there's an election tomorrow, actually.
This is true not just in the church neighbourhood, but my own as well--I see hardly anything. I have encountered people with tables/tents/clipboards/materials on the sidewalks around town, and of course people are talking about it (and their views) in nearly every conversation, and naturally it's on the news--but seriously: it's amazing how different the atmosphere is the day before an election than it would be in the USA. I can't even describe how strange that is. There's a lot at stake in this election, but the overall feel in the air is nowhere near as frantic or earth-shattering as I've experienced before.

* This is what I came home to:


* The kitties got a new condo/cave/scratching post today. I'm hoping it'll give them someplace to go when the sun comes up (at 3:30am) and they want to get in the closet....because between their attempts to open the closet door and their throwing of all my clothes on the floor, i can't take the noise anymore. Especially at 4am. :-) 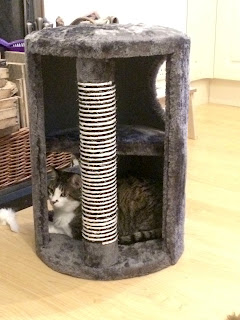 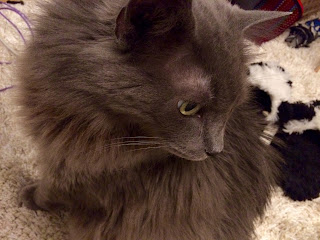 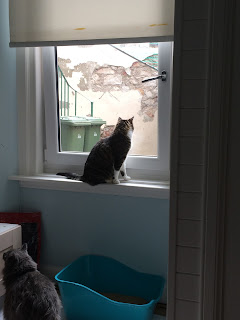 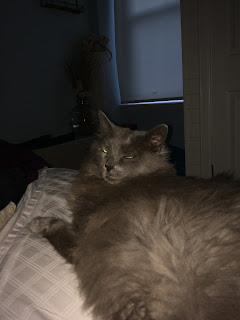 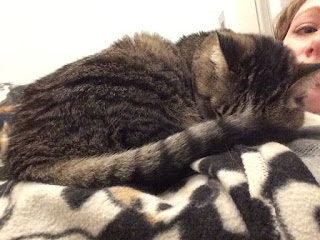