I am a mere 183 years younger than the USS Constitution, often known as “Old Ironsides”!
On the 21st of October, 1797, the third attempt to float the massive warship finally succeeded, and a bottle of Madeira was broken over her bow, and she began the first day of multiple centuries of service in a time when the average lifespan of a warship was 10-15 years.

The design of the frigate was slightly different than those typical of the time, being intentionally thicker and heavier—built to last. And last she has, through multiple wars, training hundreds of navy officers, traveling around the world repeatedly, and now serving as a museum to educate visitors—still with an active duty crew! 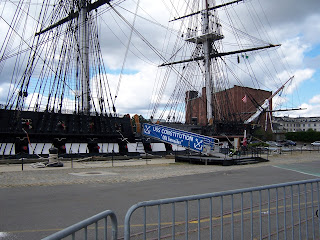 I visited the USS Constitution during my family’s trip to New England in 2006, just before I took my first call as a Presbyterian pastor. During that trip, in fact, I was going to the UPS store every day to fax documents about buying a house. But despite how crazy that was, I still remember many of the cool places we saw on that trip—from lighthouses to Paul Revere’s house to witch’s houses. We sailed in Boston Harbour and I dumped some tea overboard. LOL. And, of course, because dad was with us, we naturally visited the ship. Because no vacation with dad is complete without at least one ship. 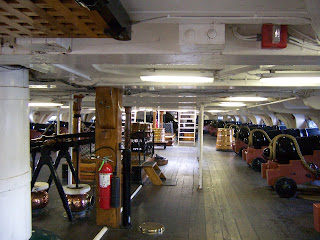 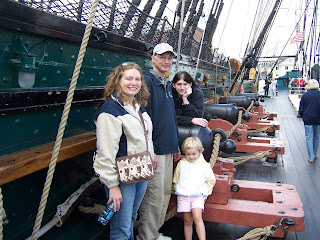 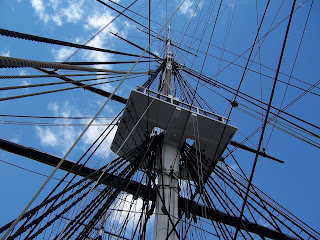 Anyway...I love that this ship was launched on my birthday (well, okay, 183 years before my birthday) and that she has so surpassed every expectation. Not least because when I was ordained, the average pastor lasted less than five years in ministry....and I am currently joking-not-joking about serving until my 50th ordination anniversary. There’s something to be said for outliving the average—as long as you can adapt to the changing needs of your context, which Old Ironsides has done very well. Keep up the good work!

(The latest in my new section of the birthday buddies series, leading up to my birthday, just two days away now!)
Posted by Teri at 11:31 PM

Labels: birthday buddies, dad, it's all about me, photos, travel, vacation