28 days....4 weeks! So exciting. I love my birthday. Actually, let's be real: I love everyone's birthdays. I love the chance to celebrate. And the thought of turning over a new chapter and having new experiences...that's my jam. I'm all about all these things. #enneagram7 (though that's a learning for another day!)

Today I have been thinking about a lesson that was hard to learn. When I was growing up, I was often told I could do and be anything I wanted. Of course it was the 1980s and we all knew that wasn't true right then, it was more aspirational. Like...obviously my mom would say I *could* grow up to be president, but that's not entirely true, is it? Not because I'd be a terrible president, but because that's not a thing women can do just yet. Between social, political, and economic realities, the statement "you can do anything" is the kind of thing that we hope will become true the more we say it.

Anyway, I am mildly embarrassed to admit how old I was when I realised that one of the things that was causing me some level of unhappiness was that somehow I had internalised the idea that I could, or should, be able to do everything all at once. I'm not sure how people who have spouses and kids manage this, because even as a single person it was a shock to realise that I was going to have to live with a sort of cycle of things I wanted, rather than being able to do literally everything all at once. Clearly, you can't simultaneously work a dream job and travel the world and hang with friends and write a book and climb the ladder of denominational or community leadership, etc etc etc. It's more a rhythm of things weaving in and out than it is an all-or-nothing life experience. 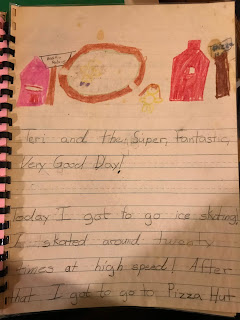 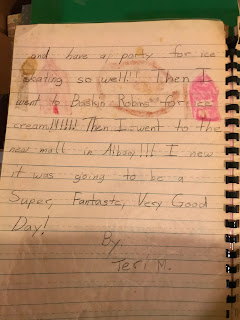 I'm not sure why it took me a long time to figure this out, but it kinda did. I'm glad I learned it though, because I'm so much happier now than I was before I realised why I was feeling so frustrated all the time. :-)

The poem I've been pondering today isn't exactly related to this lesson. Or maybe it is. Anyway...it's by Joy Harjo, the poet laureate of the USA. She is a native woman from the Muscoge (Creek) tribe, and I first heard her during this year's Edinburgh International Book Festival, and I've been exploring some of her work. Today's is a poem called "A Map to the Next World" and it ends with these lines:

We were never perfect.
Yet, the journey we make together is perfect on this earth who was
once a star and made the same mistakes as humans.
We might make them again, she said.
Crucial to finding the way is this: there is no beginning or end.
You must make your own map.
That feels a little like what I think I've learned.
Posted by Teri at 10:32 PM