Alas, the year has not gone according to plan and I only managed to visit 2 of those places, and read a few of those books, before we were no longer allowed to travel and the library was closed. 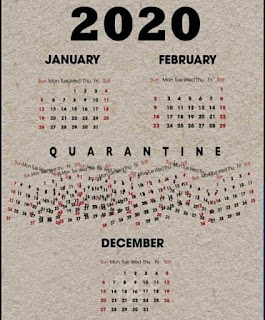 Today it is 30 days until I turn 40. During these last 30 days of my 30s, I thought I'd try a new plan. One that doesn't require going anywhere, or getting anything complicated, just in case the pandemic makes that all impossible again.

During these last 30 days of my 30s, I'll be reading poetry and also pondering something I have learned in this decade. Though it's unlikely I'll be able to point to exact moments of my 30s when I learned things, so it's more of a reflection on things I am glad to know heading into the next decade, as it were.

Today I have been reading Baggage, by Jackie Kay (Scotland's Makar). I love these lines near the end, especially as I think about the close of one decade and the start of a next:

Carrying your past on your back, late morning,
Like an animal carries what it needs to its den.
The old loch at your side, lapping: Ye ken

This – it is not as heavy it might be.

Sometimes the past does feel heavier than I can bear. Other times....not as heavy as it might be. I think that is because of something that I found very difficult to learn, and took me longer than perhaps it ought to have done. A piece of baggage I had carried and was, at times, crushing me. I was 32 when someone told me I did not need to carry it, but it has taken be a little while to internalise that. If I'm totally honest, I'm still working on it.

I have written/spoken elsewhere about the time when I was 13 that my mother looked me in the eye and said "we don't quit," and how that stuck with me as part of my identity. That phrase haunted me through times when I was in the midst of things that were really unhealthy but I was so certain that "we don't quit" meant I had to stick them out even if it was hurtful. Obviously there would be a million exceptions that any normal person (including my mother!) would have made, including the ones I was in! But ultimately, learning that it is okay to let go of things sometimes may have been one of the hardest lessons of my 30s.

To be clear, I still think it's important to follow through on commitments. I am just also better at realising that not every single commitment is good, is forever, or requires my particular gifts. It is okay to let things go sometimes.